We’ve reached the end of PHASE I and we’ve been able to get lot of stuff done. First things first, please checkout and run coala Online now on coala.io :tada: :tada: 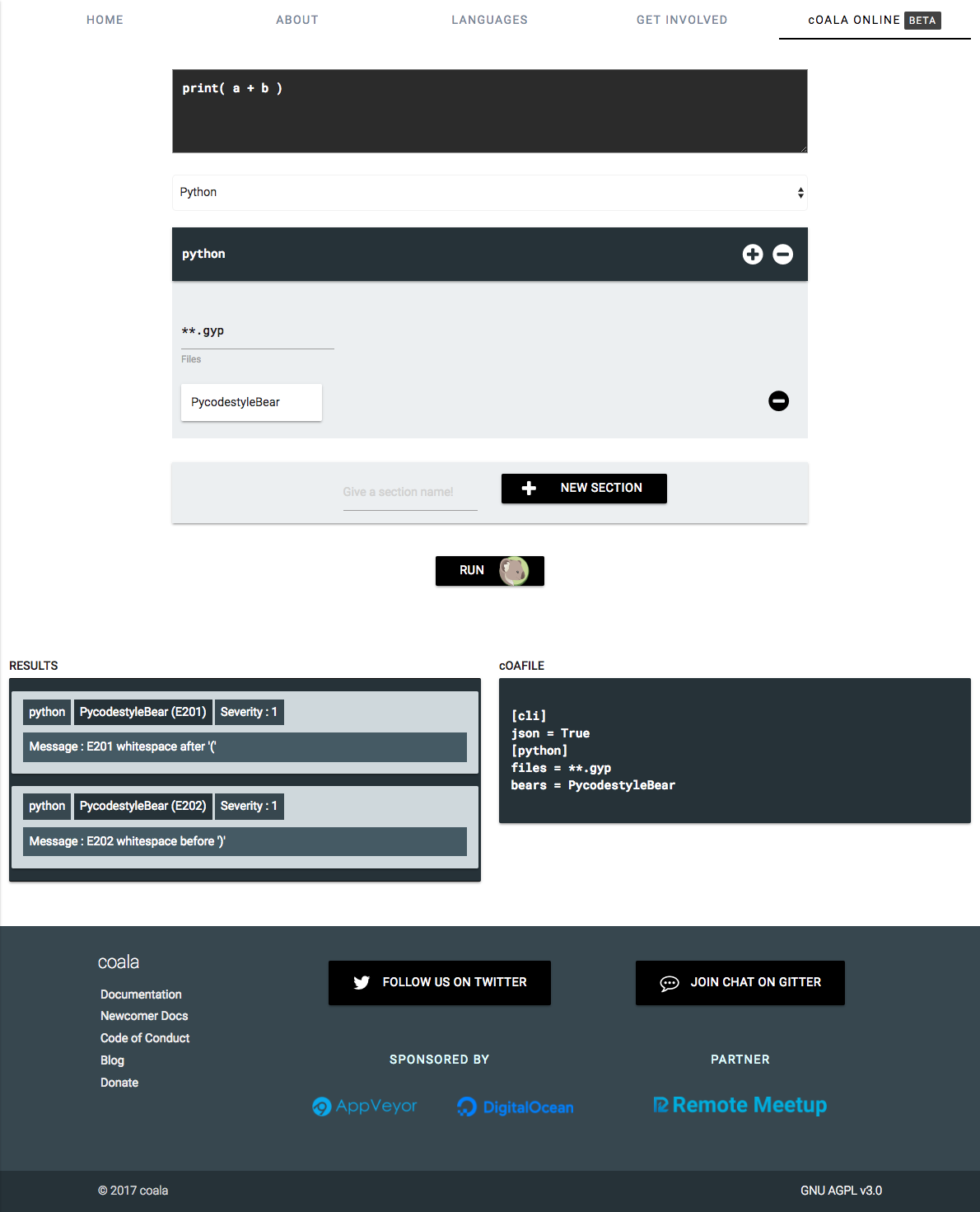 How was it! There are some issues with it right now, it’d be really cool if you can file them at https://github.com/coala/landing-frontend/issues, that’s the repository for all the coala Online issues.

Its like you start create something, and then a find about a weird css trick that end up making stuff awesome, that’s the fun part!

Thanks to Lasse and Fabian for being there! It’s an incredible, really incredible experience.